Coronavirus: The Canary in the Coal Mine of the World Economy?

Tom Buncle, Yellow Railroad, has written a very informative and interesting blog on Coronavirus and the TMI is featuring it here as a guest blog this month.

It feels strange to be writing about the impact of Coronavirus on the world economy when its full anticipated impact on the health of the country from which I write, the UK, has yet to be felt. But it has already had a significant impact on business around the world, and not least the travel business. How it will pan out remains to be seen. But it is worth considering the impact it might have beyond health concerns and whether our world will return to ‘normal’, or whether some changes might be long-lasting and structural.

Is Coronavirus (COVID-19) the canary that warns us we cannot continue as we are? That our expectations of instant gratification, 'just-in-time' production systems, and unbridled carbon consumption are symptoms of a world that is creaking at the seams? Or will it merely nudge us in a slightly different direction, once we have come to terms with the impact of this crisis?

Tragic as any death related to this disease is, the impact on health is competently discussed by medical commentators elsewhere. My focus here is on the long-term economic impact on travel. We must assume that, like most epidemics, this one will pass and most people will return to normal health. But can we assume the same will be true of the global economy and the tourism sector? I think not. It is possible the changes that will be required in our behaviour during this epidemic, as well as the psychological impact of this global disease, may embed themselves as a ‘new normal’ form of behaviour – a change from which we do not return to things as they were, but we find new ways of satisfying perennial desires and modify our travel behaviour in light of what we have just experienced. This is less a pessimistic perspective than a recognition of the need to rise to the challenge of a different future.

Economic indicators are dismally clear. Already there is talk in the media of an economic impact equivalent to the 2008 financial crisis. Global shipping, which is heavily dependent on China, is significantly down, with more container ship tonnage now idle around the world than during the 2008 financial crisis. The FTSE 100 Index has dropped more dramatically (-8%) than after 9/11 (-6%). Oilhas dropped by around 30% to almost $30 p. barrel. Infected regions have been cordoned off - from Wuhan to Northern Italy. Many people have stopped travelling, partly for fear of catching or spreading the disease, or just of being quarantined in a hotel far from home. 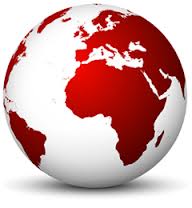 Planes are looking for passengers and many flights have been cancelled worldwide as passengers stop booking or airlines decide not to fly to significantly infected areas. Sporting events, conferences and festivals are being cancelled around the world. Even the release of the new Bond film, 'A Time to Die', has been postponed until November - whether out of concern for public sensitivity or poor box office takings is a moot point. IATApredicts airlines around the world could lose up to $113 billion in passenger revenue as a result of Coronavirus. The United Nations World Tourism Organization (UNWTO) is forecasting a surprisingly modest decline of 1-3% in global tourist arrivals, albeit compared to previous forecasts of 3-4% growth for this year, amounting to an estimated loss of US$ 30 to 50 billion in international tourism receipts.

This has a consequent impact on tourism businesses and many others in the visitor economy supply chain worldwide. If planes aren’t flying and people aren’t travelling, hotels restaurants, visitor attractions and tourism sites will have no customers; and no customers means profit warnings at best and, sadly more likely, redundancies and businesses going under. For many tourism businesses, particularly those dependent on international tour operators to provide them with clients as opposed to those more reliant on independent, direct bookings, the loss of a few weeks’ business now and subsequent cancellations, can mean little prospect of recovery before next year. Similarly, outbound tour operators and inbound destination management companies will also take a hit as bookings stall. The longer this situation lasts, the less able such businesses will be to survive the immediate impact of this visitor dearth.

So, what might be the long-term effect of this potentially considerable shakeout of tourism businesses around the world?

How might it affect the way people travel?
Will the pendulum swing back to where it was before we heard of Coronavirus? Or will it find a new equilibrium? Here are a few thoughts and questions about how things might change in the global tourism sector after the world returns to normal health.

On a positive note, those businesses that do survive, are likely to come back stronger as a result of their experience; and new businesses, which will inevitably eventually spring up, may be more resilient, having learnt from observing the experience of others. That said, the future is likely to favour larger businesses, because they will be more financially stable, than smaller, more local businesses, which contribute so much authentic character to the visitors’ experience. Sadly, smaller, and particularly rural, businesses may be the biggest casualty of this crisis.

The oft-quoted silver lining associated with a crisis is the opportunity it presents to clean the Augean stables of complacency. The Chinese word for crisis includes two characters: one meaning ‘danger’ and the other ‘opportunity’* – the idea being we learn from it and improve our systems and business practices to face the future. Sometimes we do; sometimes we don’t. The greater the crisis, the more likely we will. This is not just a considerable crisis; it is also global.
Our chances of learning from it and changing the way we do things are therefore favourable – not least when changing consumer tastes and behaviour may leave us with no option. 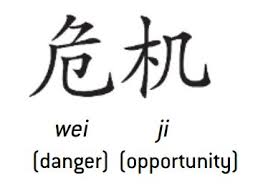 By stopping some business dead in its tracks, Coronavirus will unquestionably be a catalyst for change. In making us take stock of our business propositions, consider future markets, and explore potential new opportunities in order to survive, embryonic underlying trends may reveal themselves, which might otherwise pass unnoticed in the hurly-burly of normal business. It may be overstating their impact to suggest any of these changes might amount to a statistically discernible shift in travel behaviour in the immediate future. Nevertheless, they may presage subtle changes in direction, which could grow into significant trends over the next few years. This may be an opportunity for some destinations and businesses to get ahead of the game.

In summary, the main downsides are likely to be: a cull of tourism businesses, with a disproportionate impact on remoter and rural areas; a conservative approach to reinvestement in tourism businesses, and therefore slower pace of recovery beyond major tourism 'honeypots'; job losses in the tourism sector and its extensive supply chain; less air connectivity between secondary destinations; fewer air services to less popular countries; and reduced tourism receipts in many destinations around the world for a year or more.

But discretionary leisure travel has become so much an essential part of people’s lives in developed economies that it can be expected to revive quite quickly. Tourism generally returned to pre-crisis levels in about a year after the 2003 SARScrisis. The impact of Coronavirus is likely to be considerably greater than SARS, which might mean a slightly longer recovery period for some destinations. But recover it will.

Some more positive impacts might come from a change in travelling behaviour amongst a certain percentage of travellers, including: a growth in domestic travel – ‘staycations’; more time spent in one place – ‘slower’ travel; greater respect for places as a result of ‘slower’ travel, whereby people behave more as ‘travellers’ than ‘tourists’; more family travel; reduced environmental impact, as people reduce their travel frequency and stay longer in one place, with a potential reduction in travel to overcrowded tourism hotspots.

Places that appeal to ‘slower’ travellers and develop their destinations accordingly, may well find an increased appetite for what they offer. Remoter destinations that work to improve their connectivity and trumpet their distinctive appeals will be better placed to overcome their disproportionate disadvantages. And those businesses that are agile in responding to changing visitor tastes and shorter booking lead times will bounce back more quickly. History tells us tourism is an incredibly resilient sector. We are likely to see a return to global growth in 2021-2022.

Meanwhile, would it be too much to hope that we might also have learnt some abiding lessons from this crisis? Could it help us to put future crises in perspective? Might it teach us the futility of intemperate and irrational responses, which don’t help in either minimising the spread or understanding the risk of an epidemic, – to wit the widespread panic-buying of toilet paper and a universal obsession with face masks which, to quote the CEO of the European Tour Operators’ Association, are as clinically effective a prophylactic ‘as rubbing yourself with a dead pigeon to cure the plague or striking an offending body part with a bible to cure syphilis’, both of which were, in their day, popularly espoused? We can but hope – both for a return to a healthy visitor economy worldwide and a swift end to this insidious disease.

[*This is a slightly distorted interpretation of the true linguistic meaning of the second of these two juxtaposed characters, 'ji'. But their combination has been widely interpreted as conceptually close to this meaning and 'constructively misinterpreted' for many years, both in the west and by some native Chinese speakers.]

There are no comments yet. Be the first one to leave a comment!