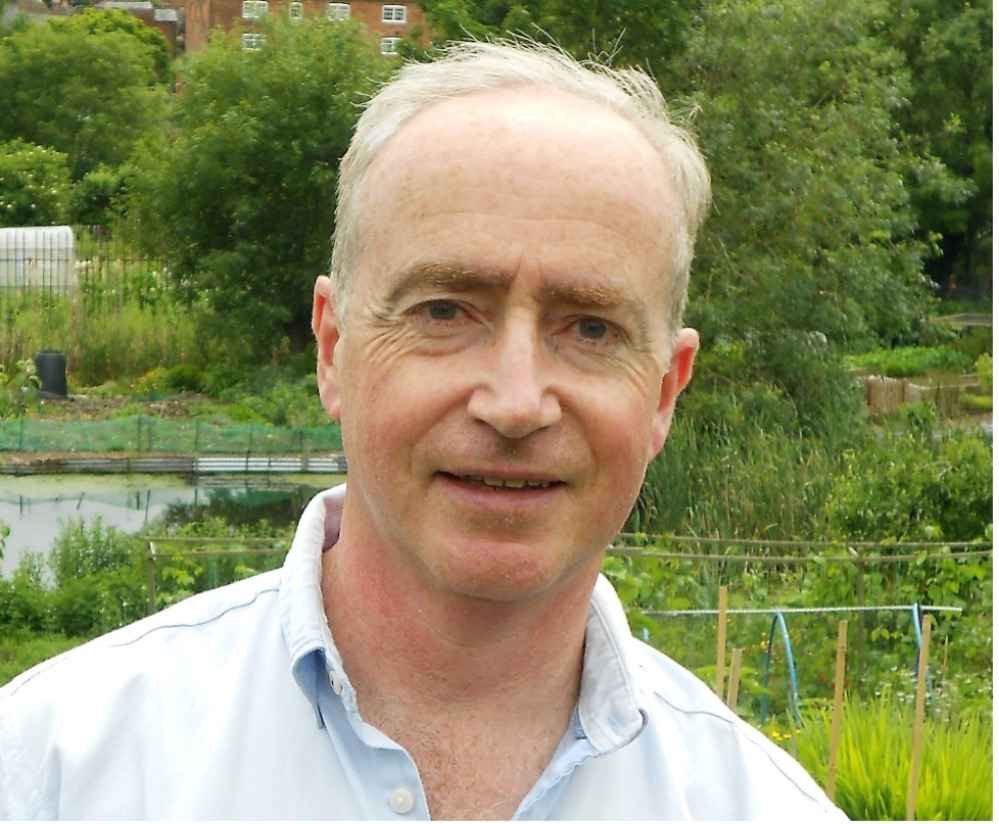 Simon was always very passionate about his career in Tourism and Heritage and a true professional, so it is only fitting to reflect on the many projects that Simon was involved in during his career, and the immense impact that he has had on so many of his work colleagues, many of whom are here today.

Simon started his career in 1989 as a tourism consultant at Touche Ross, (a company which subsequently merged with Deloitte). This was following a degree in Geography – (a subject, which Simon made clear to everyone he knew, was the only real subject worth studying). And I think his son, Robbie, followed in his footsteps.

At Touche Ross Simon worked with the National Tourism Organisation, the English Tourist Board, and he spent 6 years as a consultant working on a variety of major projects including Tourism policy and strategy reviews, hotel development projects, and also on several large investment projects such as the newest exhibition centre in London at the time – Excel.

Simon then moved to become Head of Tourism Development at Kent County Council. During this period he worked on many countywide projects, and also started getting involved in European funded projects under the funding programme called INTERREG. He started and managed the Historic Fortifications Network, which funded investment in, and the promotion of, fortified towns in Kent and the northern region of France and due to its success ran for many years thereafter. Fran who worked with Simon during this period commented – “I remember the enormity of historic fortifications with all those partners. I was totally in awe of that and how he managed everything. Totally diplomatic, he listened and acknowledged everyone’s contributions to fashion a great project. Patient with them all in a very kind way and with a very gentle manner. Only Simon could have achieved that. I can’t remember how many partners, organisations, personalities, cultures and languages, but it was extraordinary”.

In 2001 Simon became the Head of Tourism and Heritage at Medway Council where he worked for 9 years. Simon was a very popular and well respected manager at Medway. He managed a variety of teams and sites including Rochester Castle – the tallest Norman Keep in England, Upnor Castle – an Elizabethan gun fort, Temple Manor – a Knights Templar residence, the Guildhall Museum, the Brook Pumping station, the Medway Archives Centre and the Visitor Information Centre. For a time he also managed Town Centre Management and the markets. He continued his expertise in funding with a successful Heritage Lottery Bid for the restoration of Eastgate House in Rochester, which finally opened in 2017. He also oversaw several other large multi-million Euros INTERREG projects including the Maritime Heritage Trail – funding maritime sites in France, Belgium, England and The Netherlands, Norman Connections  - funding Norman castles in the UK and France and ‘Cathédrales en Lumières’ – piloting Son et Lumière light shows at the cathedrals of Rochester, Canterbury, Amiens and Rouen. During this time he was also involved in some large scale events such as the Anniversary of the Battle of Trafalgar, the Tour De France, when it came to Kent, and several City Status and World Heritage Site Status bids. Simon’s passion and friendliness meant that he built lasting close partnerships with many external organizations – such as English Heritage, Tourism South East, and Visit Kent to name but a few, as well as working with the local Medway Tourism Association. He was on the Board of Visit Kent, and on the advisory board of the Royal Engineers Museum. Throughout his career Simon was a keen member of the Tourism Society and the Tourism Management Institute where recently he had joined the Executive Board as the Head of Events.

During Simon’s time at Medway he helped set up a series of  very competitive inter departmental cricket matches. His enthusiasm and persuasion meant that those of us who were rubbish at cricket, myself included, ended up playing every year getting caught for a golden duck. He was also constantly on the winning team at work quizzes – to the extent of us getting booed whenever we kept winning mainly due to Simons input - his knowledge of all things including even celebrity gossip was both surprising and immense. Simon always made sure we all met up socially on a regular basis and in addition to this we had many memorable Christmas pub crawls where we drunkenly debated such things as: Which Charles Dickens novel was the best or worst? and Who was the best musician in the world (obviously Simon would argue that it  was ‘The Boss’ also known as Bruce Springsteen followed by Coldplay). Mary, Sarah and I continued to meet up with Simon every few months up to the present for pub crawls which always included a curry in Faversham so we could discuss all things tourism and heritage and catch up as friends. Something we will all greatly miss.

Simon left Medway Council in 2011 to become a senior lecturer in the School of Architecture at the University of Westminster where he worked until his demise. And here I have to thank Helen and Andrew, Simon’s university colleagues, for providing me with such lovely anecdotes.

Simon was a happy, smiley presence in the university and an all-round nice guy.  He was genuinely a favourite with the students (and there was talk of a small informal fan club which had developed among the 3rd years following a recent study trip to Malta).

As well as lecturing, Simon was admissions tutor for a lot of that time, meaning he was the first point of contact when students started to look into where to apply.  A number of students have commented that it was his emails and his presence at the open day, which encouraged them to sign up for the course.  He was also keen to organise walking tours of the local area; everyone (staff and students) has been on one of Simon's tours which were always impeccably researched and full of tour guide facts about the local area, its history and the characters who lived there.

Simon was also a bit of a fan of quizzes and wrote and delivered them in class and for colleagues at the Christmas dinner each year (it had turned into a tradition).  The quizzes always had a reference to Arsenal somewhere as well as an obscure 70s music reference - normally with at least one mention of Pink Floyd.

Simon was a natural at teaching - his endearing style and real world perspective meant the students really enjoyed his classes. He particularly enjoyed teaching his (Undergraduate) Heritage Tourism module (famed for its numerous visits and trips) and his Masters module in Festivals, Culture and Place (which he conceived and delivered almost single-handed).

Simon made working at Westminster really enjoyable. He was brilliant at wandering in and out of offices, speaking to people and finding out how they were getting on. He was kind, and exerted a calming influence on the team. At University sports day he was a very enthusiastic member of the (all conquering) faculty rounders team.

Professionally, Simon was doing incredibly well. He had established himself as a highly rated teacher and tutor, had co-supervised a PhD to completion, and was just starting to develop a significant research profile, writing new journal papers and book chapters. Of course, he had already proved his capability to do this twenty years ago. The paper he wrote back in 1999, after his Masters, about The Market Viability of European Mass Tourism Destinations has now been cited 243 times (see Google scholar). He had just been given more research hours to reflect his recent work, and he wanted to write more about various interesting subjects - including arts trails.

Losing Simon leaves a very large hole for all of us. He proved that nice people can achieve great things and, alongside his professionalism, dedication, reliability and enthusiasm, we will remember him for his great sense of fun and good humour.

He will be greatly missed by us all!

There are no comments yet. Be the first one to leave a comment!